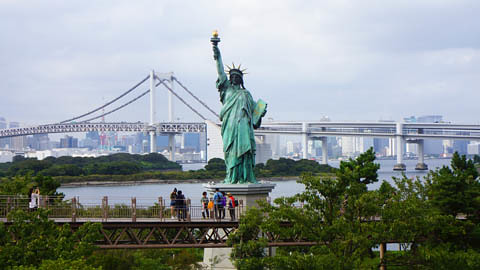 Traveljunkieindonesia.com – Happiness is… sitting with Odaiba statue of Liberty and Rainbow Bridge view, under a sky, watching everyone run around in the warm setting sun.

I walked around and I felt like I was in a movie set!

A French replica of the Statue of Liberty came to the Odaiba Marine Park “beach front” on Odaiba from April 1998 to May 1999 to commemorate “The French Year in Japan”. It was so popular with locals, a replica was erected in the same location.

And, the Rainbow Bridge is a suspension bridge crossing northern Tokyo Bay between Shibaura Pier and the Odaiba waterfront.

Officially called the “Shuto Expressway No. 11 Daiba Route – Port of Tokyo Connector Bridge,” the name “Rainbow Bridge” was decided by the public. 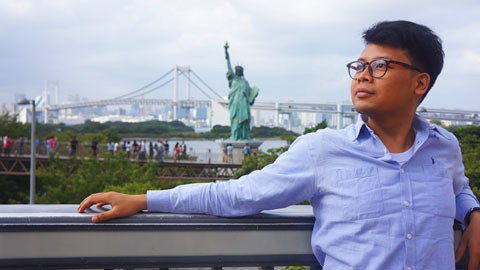 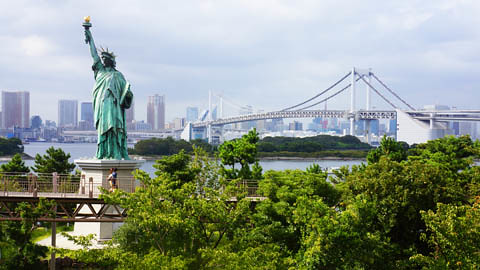 The towers supporting the bridge are white, designed to harmonize with the skyline of Central Tokyo.

Lamps placed on the wires supporting the bridge, though, are illuminated into three different colors—red, white and green—every night using solar energy obtained during the day.

Eeerrr… I love this time of year!!

Have a fabulous weekday everyone.