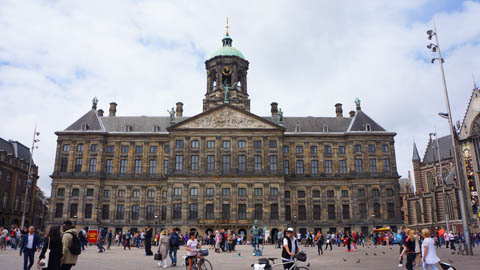 Thetraveljunkie.org – Amsterdam’s always been a liberal place, ever since the Golden Age, when it led European art and trade. Centuries later, in the 1960s, it again led the pack – this time in the principles of tolerance, with broad-minded views on drugs and same-sex relationships taking centre stage. Today the cannabis coffee shops and the Red Light district are still the city’s top drawcards, even if that can sometimes wear thin for the locals.

01). The city with the most attraction per square kilometre
What makes Amsterdam a favorite destination for visitors from all corners of the globe? Perhaps the city’s unique vibe, its world-famous canals, rich history or huge range of museums and theatres. Maybe it’s the lively terraces, shopping opportunities and gorgeous parks. Or its tradition of freedom, general spirit of tolerance and ‘live and let live’ take on life. Naturally, it’s the combination of all of the above that makes Amsterdam so special. So when in Amsterdam, do as the Amsterdammers do and jump on a bike to see all the city has to offer!

Amsterdam is unmatched when it comes to the amount of attractions per square kilometre. Yet despite being a metropolis, travel junkies are often pleasantly surprised by its compact size. Practically all of the city centre attractions are within walking distance of each other. And if you want to discover other city districts, there’s an impressive network of trams, busses and metros. That’s not to mention the regular ferries crossing the River IJ to Amsterdam Noord and of course, the innumerable bikes.

02). Amsterdam Must-Sees
What can’t you afford to miss in Amsterdam? Well, Amsterdammers hate saying that you have to do something, so there are no ‘musts’ here. But even so, it would probably be a shame if you missed some of Amsterdam’s major attractions. World-famous museums for example, such as the Rijksmuseum, Van Gogh Museum, Anne Frank House and the Hermitage Amsterdam. The magnificent 17th-century Canal Ring, awarded UNESCO World Heritage status in 2010. Or the city’s rich array of neighbourhoods: the 17th-
century Jordaan, the colourful Pijp with its buzzing terraces and market, the Plantage which effortlessly blends nature, culture, history and science, the Eastern Docklands with its innovative architecture and design, and chic Oud-Zuid, home to numerous museums and exclusive shops. Or why not discover the west of the city, with the Westerpark, Westergasfabriek and abundance of imaginative Amsterdam School architecture.

Up-and-coming Amsterdam Noord grabs the headlines both for the daring architecture lining the bank ofthe River IJ and the historic houses found alongside the dikes, such as the Nieuwendammerdijk.
The Oud-West neighbourhood is also full of surprises, be it the redeveloped former tram depot De Hallen, the seven European Union buildings and even an enormous ‘bookcase’ that has been incorporated into the side of a row of houses.

If we’re talking about must-sees: don’t forget to take a canal cruise, explore the city by bike and relax on a sun-drenched terrace.

03). Cafés, markets and parks
Spend the day like many an Amsterdammer: head to the 9 Streets neighbourhood for a spot of Canal Ring shopping and pick up a bite to eat at one of the numerous cafés.On Saturdays, browse the organic market near the Noorderkerk in the Jordaan. If it’s time for a break, take it easy at one of the city’s parks. Amsterdam’s most famous park is probably the Vondelpark: the stomping ground of joggers, sun-worshippers, terrace-lovers, footballers, roller skaters and performers.The Westerpark is without doubt another of the city’s hip and happening addresses, a part of the Westergasfabriek – an impressive (formerly) industrial complex dating back to 1885. On a warm summer’s day, the Oosterpark to the east of the city is a sure-fire hit with families (and family-sized picnic baskets). 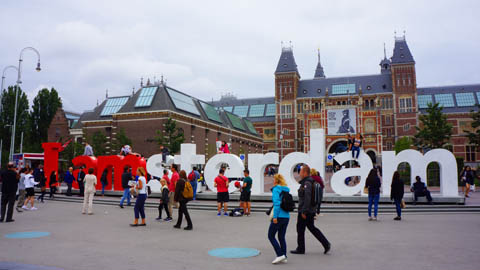 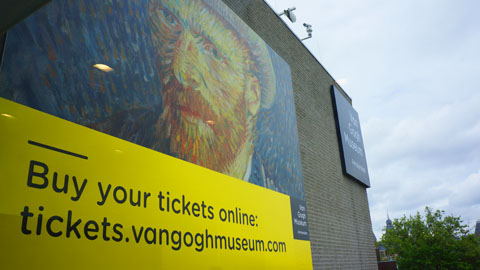 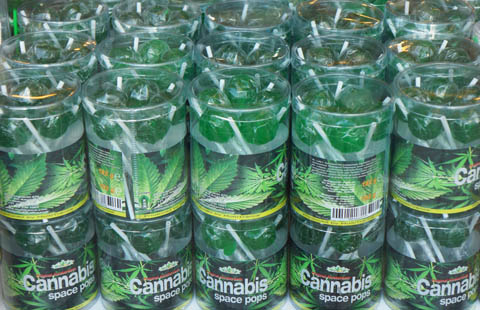 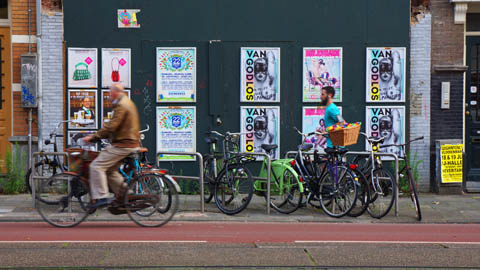 04). The Amsterdam Canal Ring
Amsterdam is famous the world over for its canals. The combination of time-honoured facades, charming bridges and small boats – all mirrored in the water – makes for an unforgettable atmosphere. The maze of waterways also conceals a veritable treasure trove of surprises – many of which even Amsterdammers often aren’t aware of. Such as canal-side houses that have thrown open their doors to welcome visitors, who are charmed by the authentic 17th, 18th and 19th-century interiors. The gardens to the rear of these buildings are perhaps the largest surprise: sheltered from the hustle and bustle of the street, these green islands of calm are home to chirping birds and easily allow you to forget that you are at the heart of a metropolis.

05). Festivals
Amsterdam hosts an amazing array of festivals throughout the year, and things really come alive in the spring and summer months. King’s Day turns the city a vibrant, carnivalesque shade of orange every April, the prestigious international Holland Festival hits town every June and the Over het IJ Festival brings inspirational theatre to Amsterdam Noord a month later. The Canal Festival launches a new round of classical music in the Canal Ring every August, while there’s also the Canal Parade during Gay Pride, the unrivalled Sensation dance event at the Amsterdam ArenA, the travelling theatre festival De Parade and come September, the Unseen photography fair.

06). I amsterdam City Card
The I amsterdam City Card is the ideal travelling companion for all travel junkies to the Amsterdam Metropolitan Area. Operating under the motto of ‘See more, save more’, this special card allows you to save money while discovering the many sides of the
multifaceted city. The City Card includes free entrance to the city’s major museums and attractions, a canal cruise and the unlimited use of GVB public transport (trams, buses and metros). The card also offers discounts on attractions, concerts, theatre, rental and restaurants. The I amsterdam City Card is available in 24,
48 and 72-hour versions. The Card is available at all I amsterdam Visitor Centres and agencies in the region, GVB ticket and information locations and various hotels and other businesses. For more information, head to: iamsterdam.com.

Error: Access Token is not valid or has expired. Feed will not update.
Tweets by @TravelJunkieID