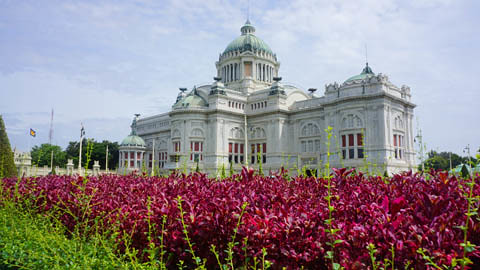 Traveljunkieindonesia.com – We went to Ananta Samakhom Throne Hall and hit the ground hard to bring back the intel. We might have come home with no unused currency and having eaten ‘arts of the kingdom‘ too much, but it was worth it.

There are two main reasons a travel junkie must visit the great Ananda Samakhom Throne Hall. 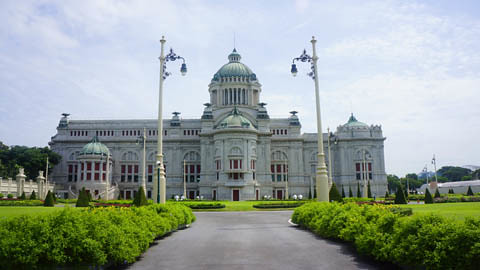 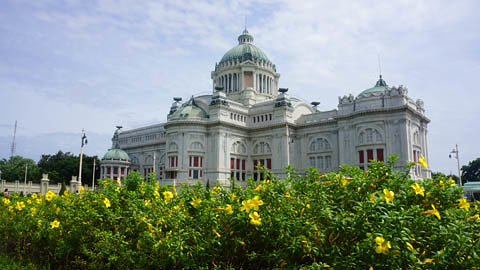 Firstly, this structure is one of the most beautiful Italian Renaissance architectures outside Italy. The construction of this grand mansion was commissioned by His Majesty King Rama V in 1906 to serve as the reception hall.

The building was designed by a team of Italian architects, who covered the exterior with white marble imported from Carrara, Italy, while the interior walls are beautifully painted by Italian artists to depict the history of the Chakri Dynasty.

The construction was, unfortunately, not finished until 1915, five years after the reign of King Rama V. Ananta Samakhom Throne Hall was later served asThailand’s first parliament after the political transition from absolute monarchy to constitutional monarchy and is now used for important state’s functions. 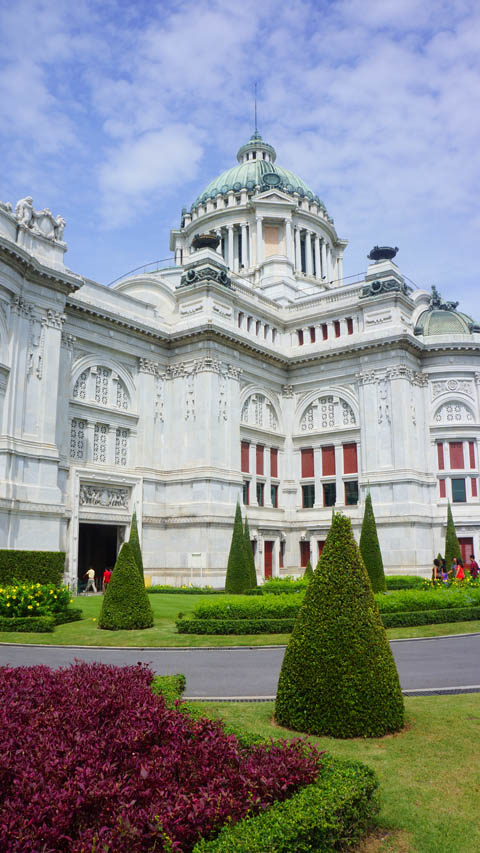 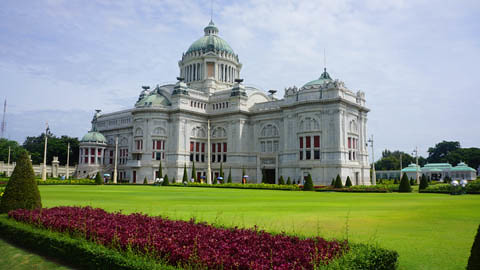 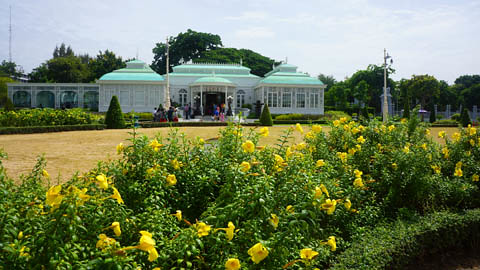 Secondly, Ananta Samakhom currently hosts the fifth edition of “Arts of the Kingdom” exhibition that displays sophisticated art pieces and crafts made of precious materials by the craftsmen of Sirikit Institute, an organization under the royal patronage to help raise living standards in rural areas by encouraging them to learn and create traditional crafts.

The masterpieces include a model of royal barges made of gold and a 10 meter tall carved teak panels.

For more information about arts of the kingdom, visit artsofthekingdom.com.