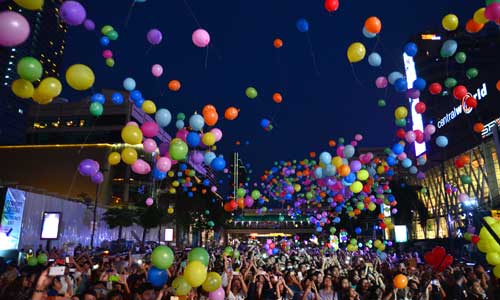 Traveljunkieindonesia.com – With a parade of Thai beauty queens and a mass release of 10,000 smiley-balloons, the Thai tourism industry has told the world that it is back in business, safe and ready to receive visitors.

Over two days between 25-26 July, 2014, the primary business and shopping district of downtown Bangkok was the scene of a giant Happiness Street Festival marked by colourful parades, shopping, fashion shows, concerts and culinary delights.

Among the thousands of foreign and local revellers were more than 900 specially invited bloggers, travel trade journalists, and celebrities from 47 countries around the world.

Their participation in “Thailand’s Best Friends Forever Mega Fam Trip” generated millions of dollars worth of publicity for the event through tweets, social media posts, blogs, live TV transmissions and print coverage. A real-time webcast of the event attracted 16,545,000 viewers over the two days, including a total of 157,257,193 views through various social media, such as; Facebook, Google+, Instagram, Line, TAT mobile applications. 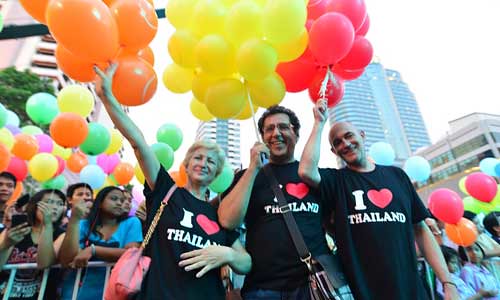 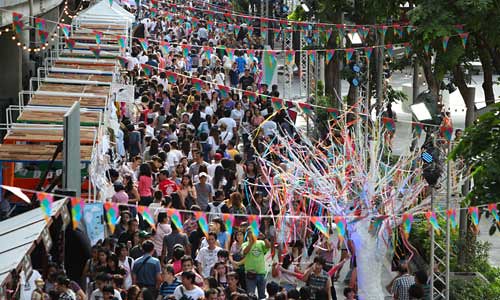 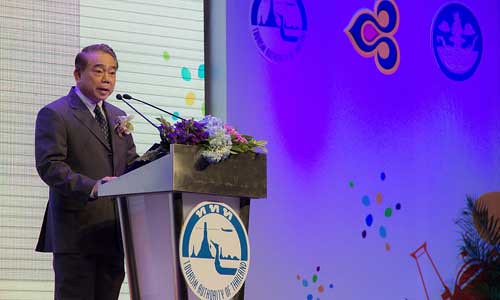 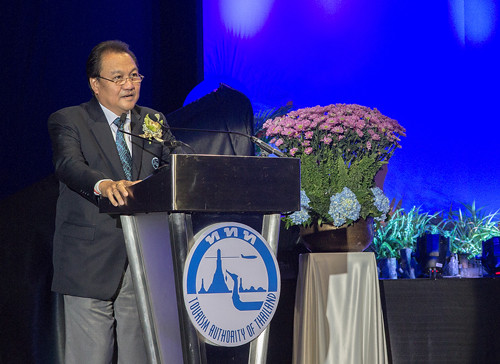 Tourism Authority of Thailand (TAT) Governor Mr. Thawatchai Arunyik said, “We were very happy to see such a large turnout for what turned out to be a very unique event. Along with our project partners, Thai Airways International and Ratchaprasong Square Trade Association, we believe we succeeded in making this the biggest and best back-to-normal party Thailand has ever seen. Given the short time frame we had to get this organised, we believe everything went really well.”

In his speech at the welcome reception, Admiral Narong Pipattanasai, Deputy Head of National Council for Peace and Order (NCPO) and Chief of the Royal Thai Navy said that the Council recognised the importance of travel and tourism to the national economy and was “strongly committed” towards promoting an environ ment of safety, security and stability in order to ensure the return of visitor confidence.

In addition to the publicity generated abroad, the event had an equally potent purpose to help bring the smiles back to the faces of the Thai people after several months of uncertainty, which impacted on businesses and jobs nationwide, especially among the small and medium sized enterprises.

The Street Festival extravaganza stretched from the Ratchaprasong intersection as far as Rama I Road, taking in Parc Paragon, CentralWorld Square, and The Platinum Fashion Mall along the route. Stalls and shops sold refreshing drinks and funky fashion to the delighted crowds. Famous Thai artists performed up and down the streets to put smiles on the faces of the crowds with fun songs, special effects, sound and light shows.

Both “happiness days” were dominated by the sound of music with a Happiness Concert featuring performances by contemporary musicians and traditional Thai folk singers, accompanied by sound-and-light theatrics at the CentralWorld Square. 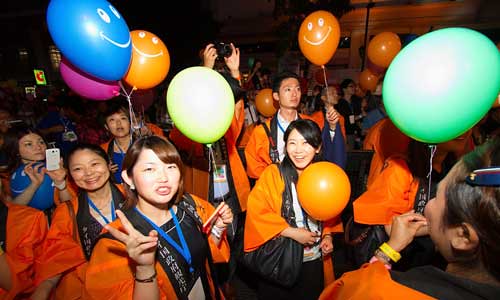 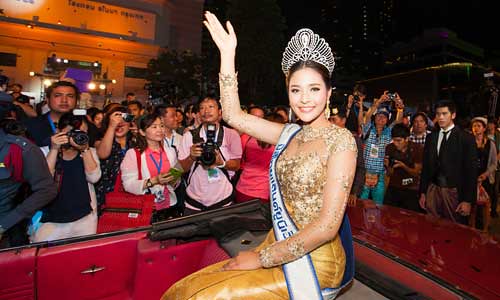 Another section, called Happiness Surprise allowed visitors to take Instagram pictures of smiling faces and win awards for the best smiles. The Happiness Activity section offered free lollipop containers. Hundreds of “Happiness balloons” were released into the evening sky followed by a parade of beauty queens, fashion and flowers.

Mr. Thawatchai noted that the invited guests also took advantage of the Amazing Thailand Grand Sale now under way at dozens of department stores, shopping malls, restaurants, spas, and other retail outlets in the Thai capital and nationwide.

“Thailand is fortunate to have many friends and supporters worldwide, especially amongst our neighbours in the ASEAN countries. For them, Bangkok is only a short flying time away. We would very much like them to enjoy their next holiday in Thailand in line with the ASEAN spirit of friendship and fraternity.”