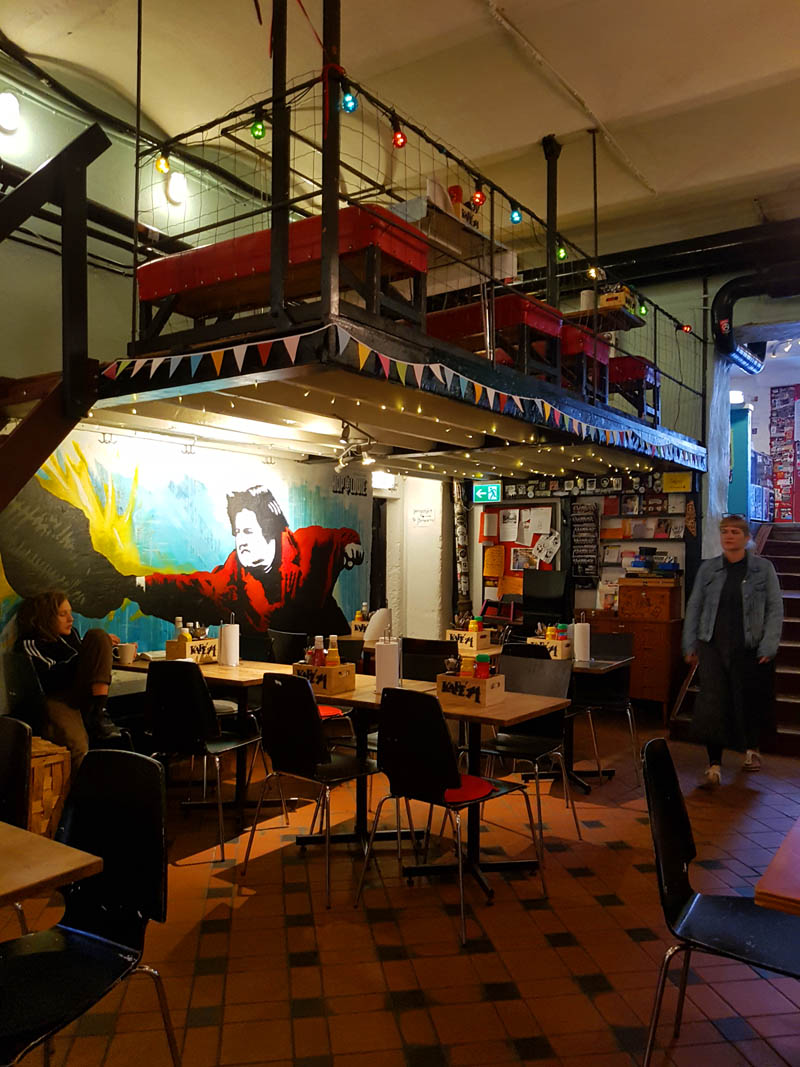 Thetraveljunkie.org – Although it was summer when we were there this visit, the weather was still quite cool, especially later in the day so we were excited to get back to Kafe 44 and snuggle into its warmth and enjoy some delicious vegan and vegetarian food. This fantastic underground cafe was just as inviting as we remembered and the same staff looked after us in such a friendly way.

Kafé 44 is a café and concert place on Tjarhovsgatan 46 Stockholm, Sweden. The café is operated by three non-profit groups that together run the café: Bokhandeln INFO, Dagfiket and Scen 44. INFO is an anarchist bookstore, Dagfiket is the café open during the days and finally Scen 44 is the part that handles concerts and runs the café during concerts. The place is part of the building Kapsylen, an old bottling plant that is cooperately owned. Kafe 44 is also a popular place for anarchists, socialists and anti- fascists.

Since our last visit they’ve painted a fabulous new mural and we love the graffiti of a woman hitting a Neo-Nazi with her handbag! “The woman with the handbag” is a photograph taken in Växjö, Sweden on 13 April 1985 by Hans Runesson. It depicts a 38-year-old woman hitting a marching neo-nazi with a handbag. The photograph was taken during a demonstration of the Nordic Reich Party supporters. It was published in the next day’s Dagens Nyheter and a day later in some British newspapers. Runesson’s photograph was selected as the Swedish Picture of the Year (Årets bild) 1985 and later as the Picture of the Century by the magazine Vi and the Photographic Historical Society of Sweden. The woman in the photograph is Danuta Danielsson (1947–1988). Not much is known of her as Danielsson did not want to come out in public and speak to journalists. She was of Polish origin and her mother had been in a German concentration camp during World War II. 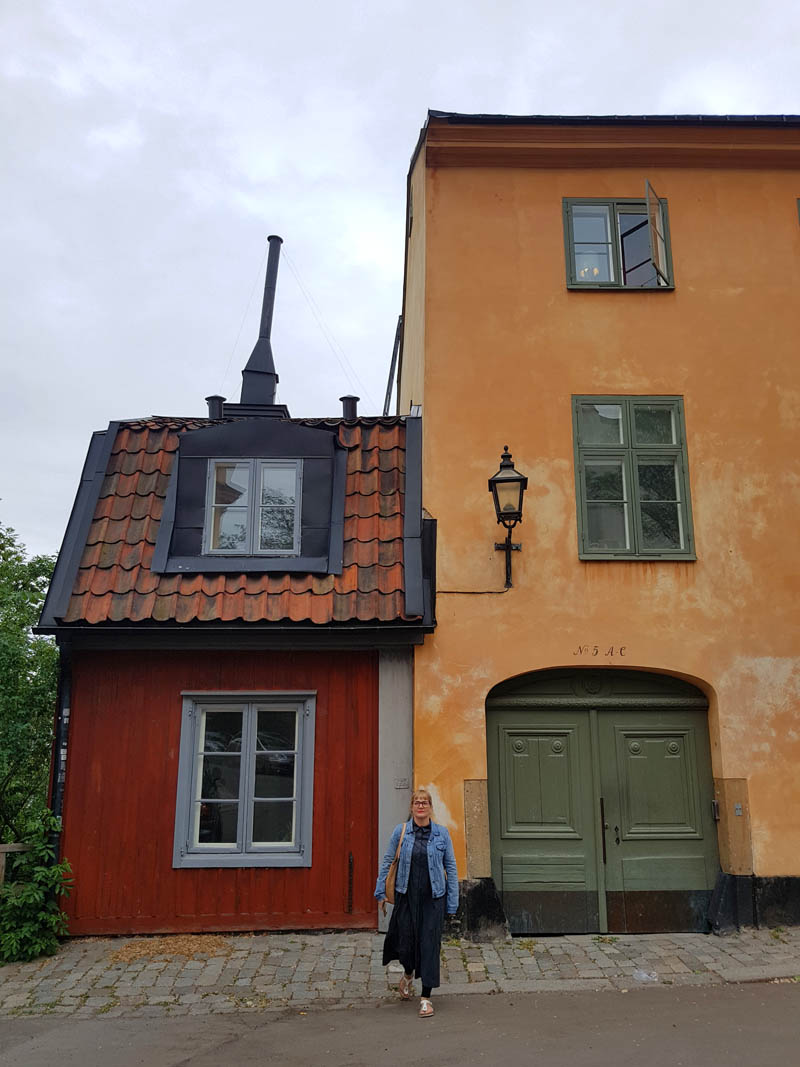 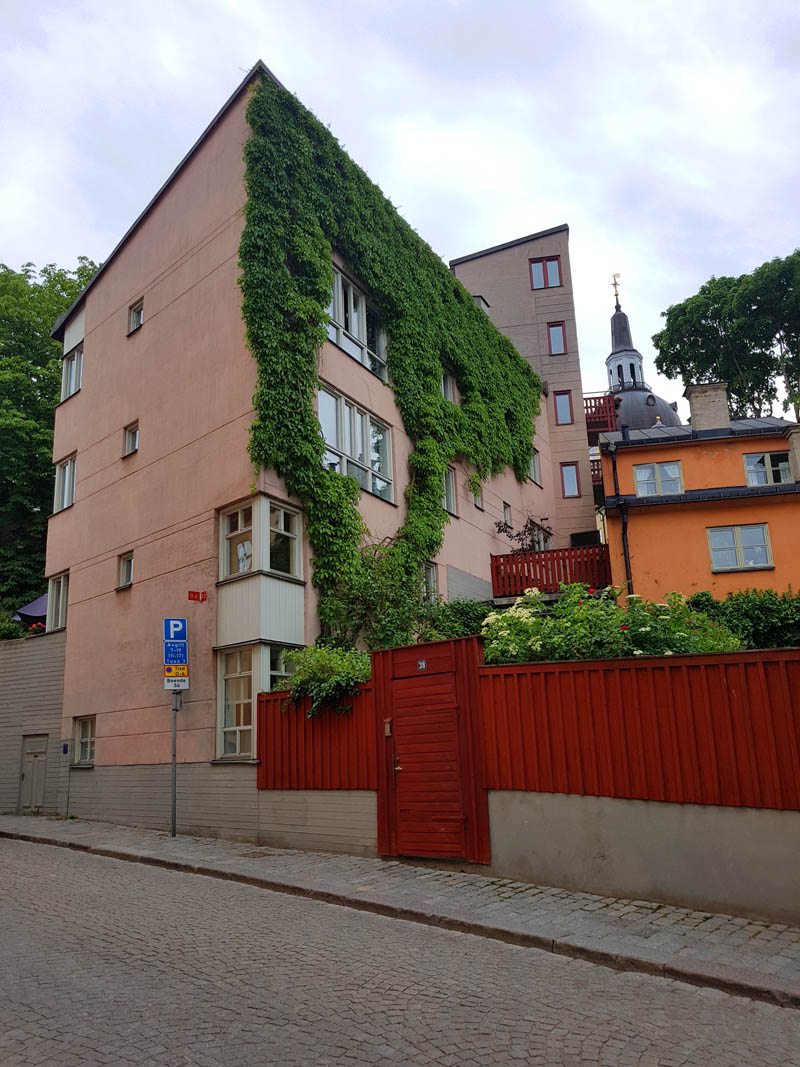 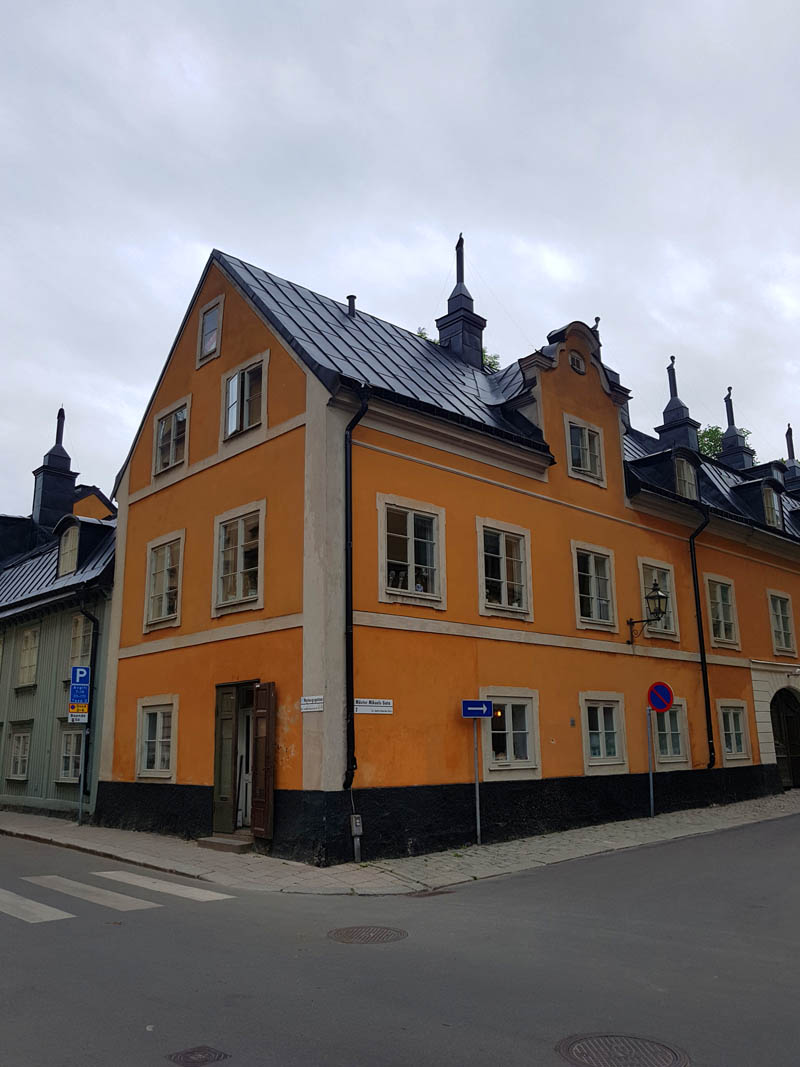 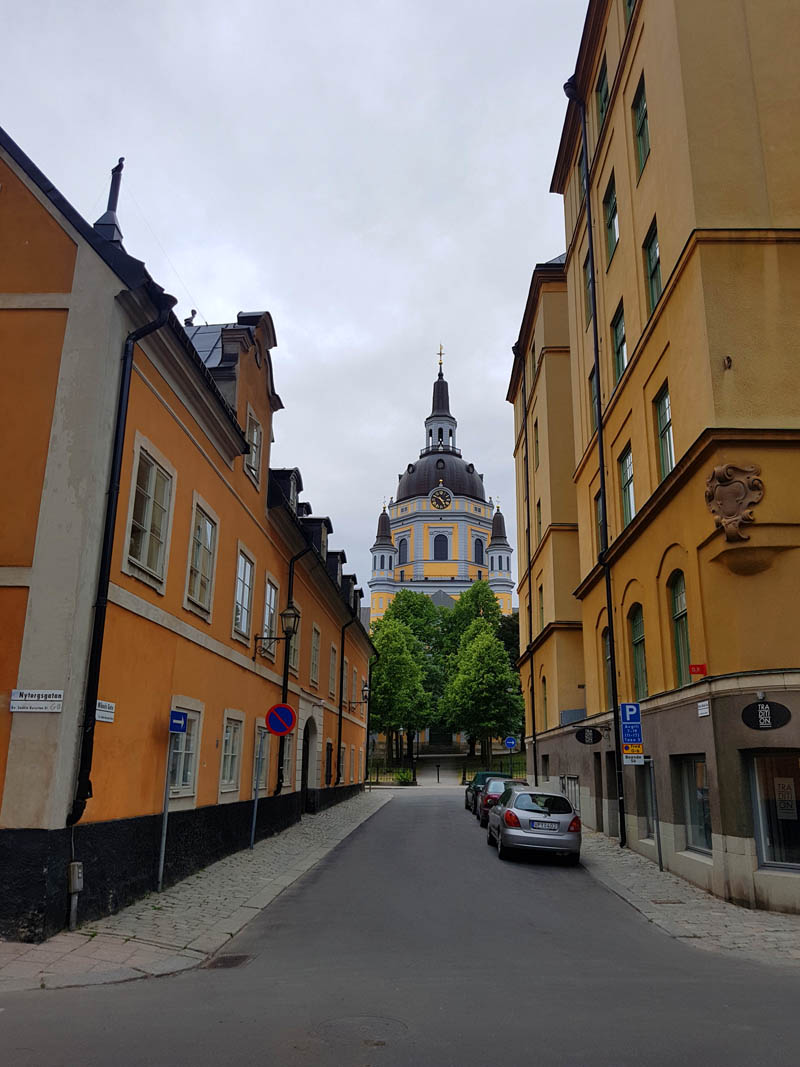 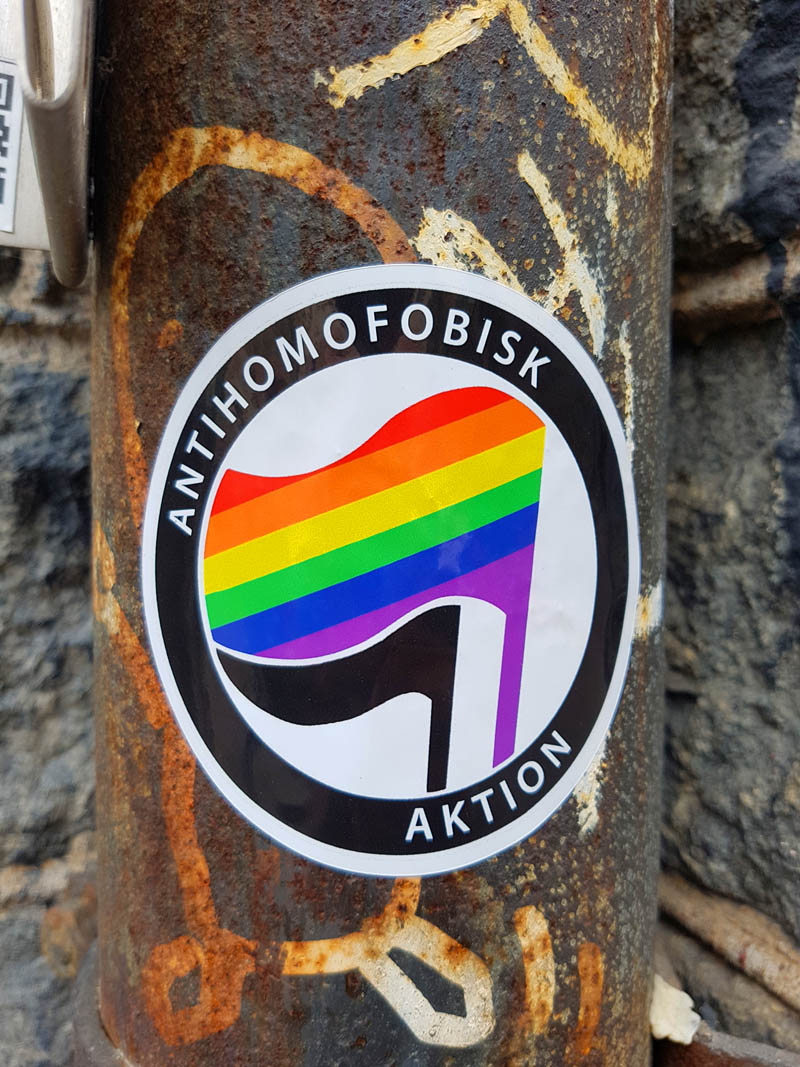 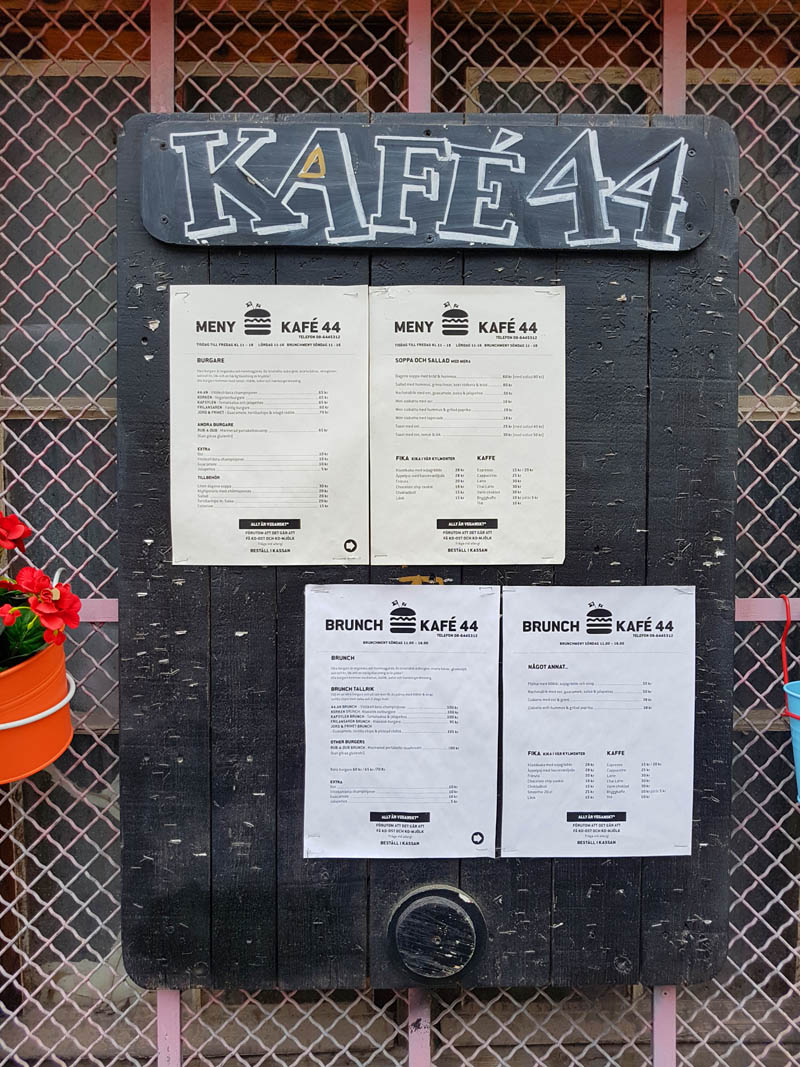 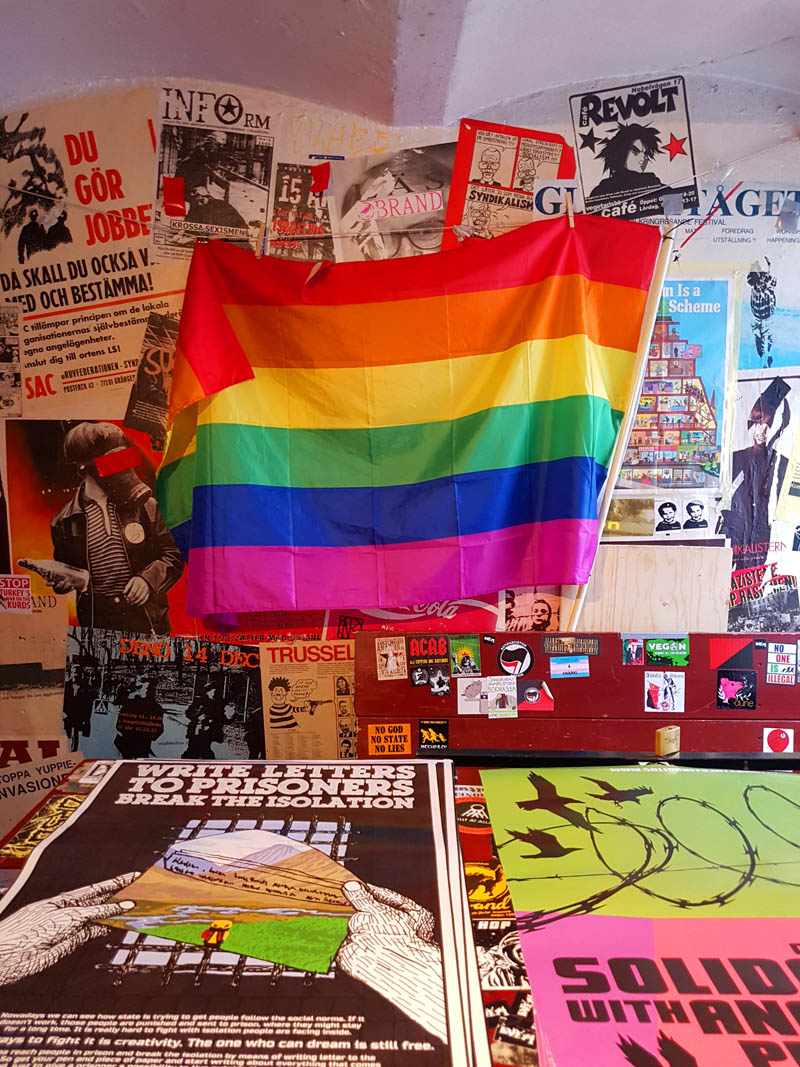 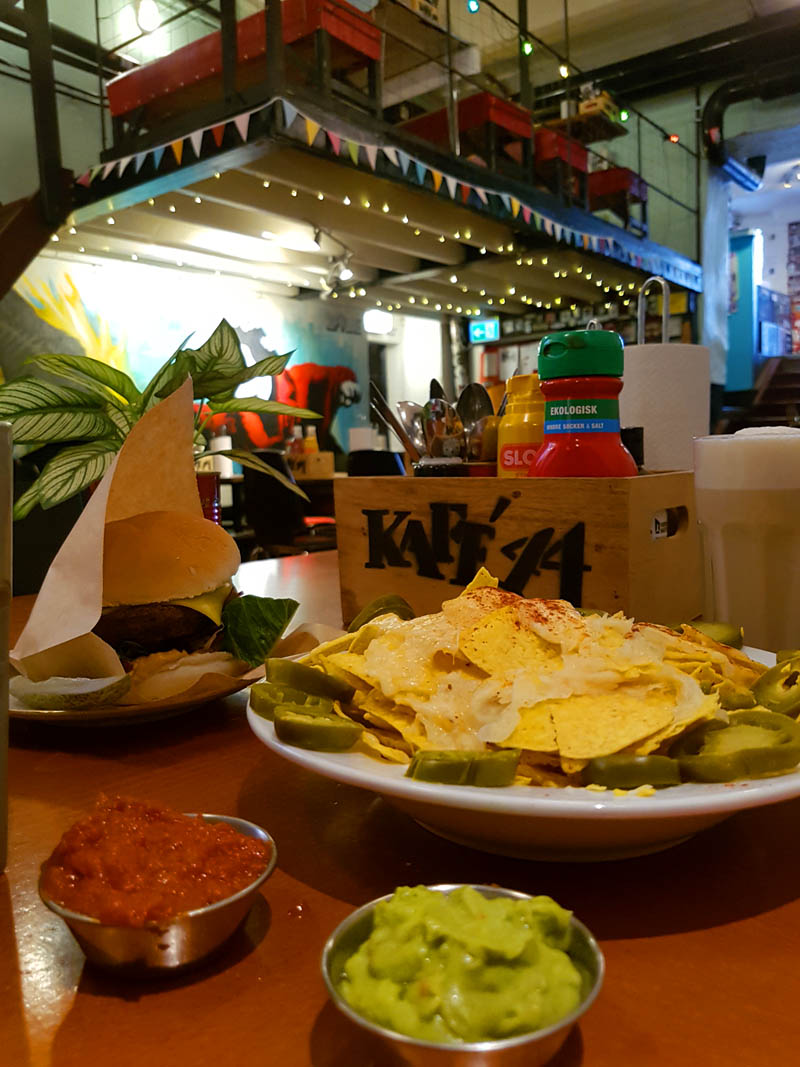 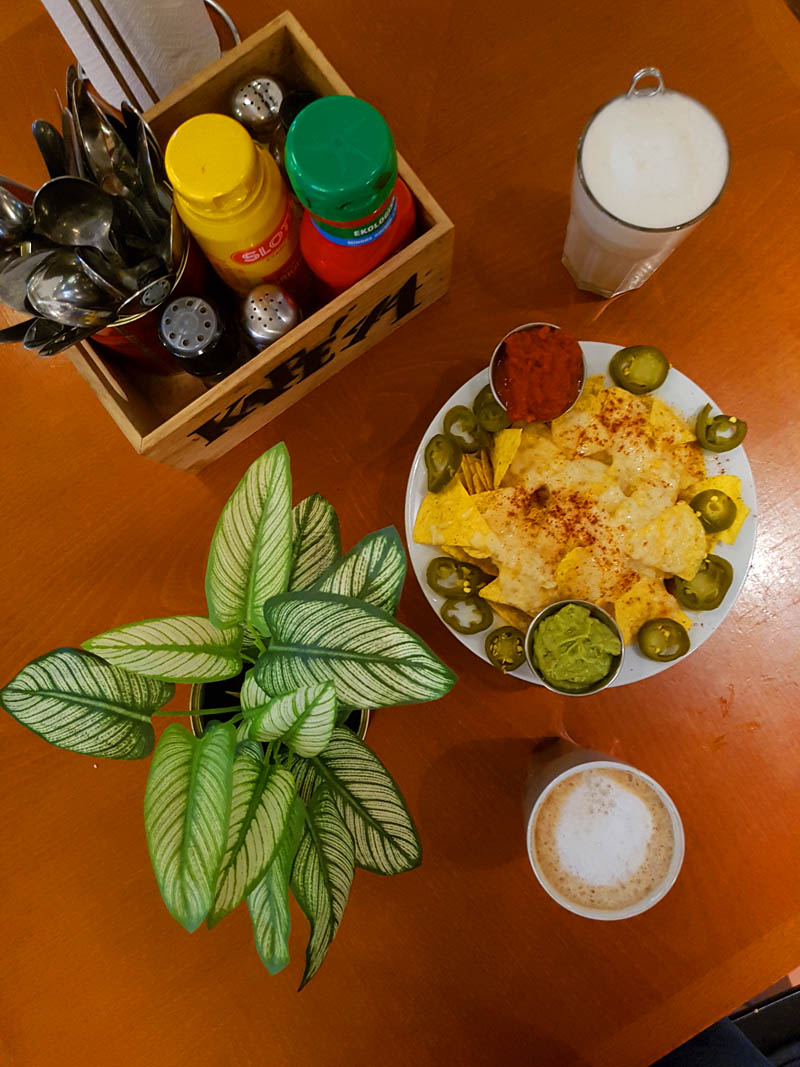 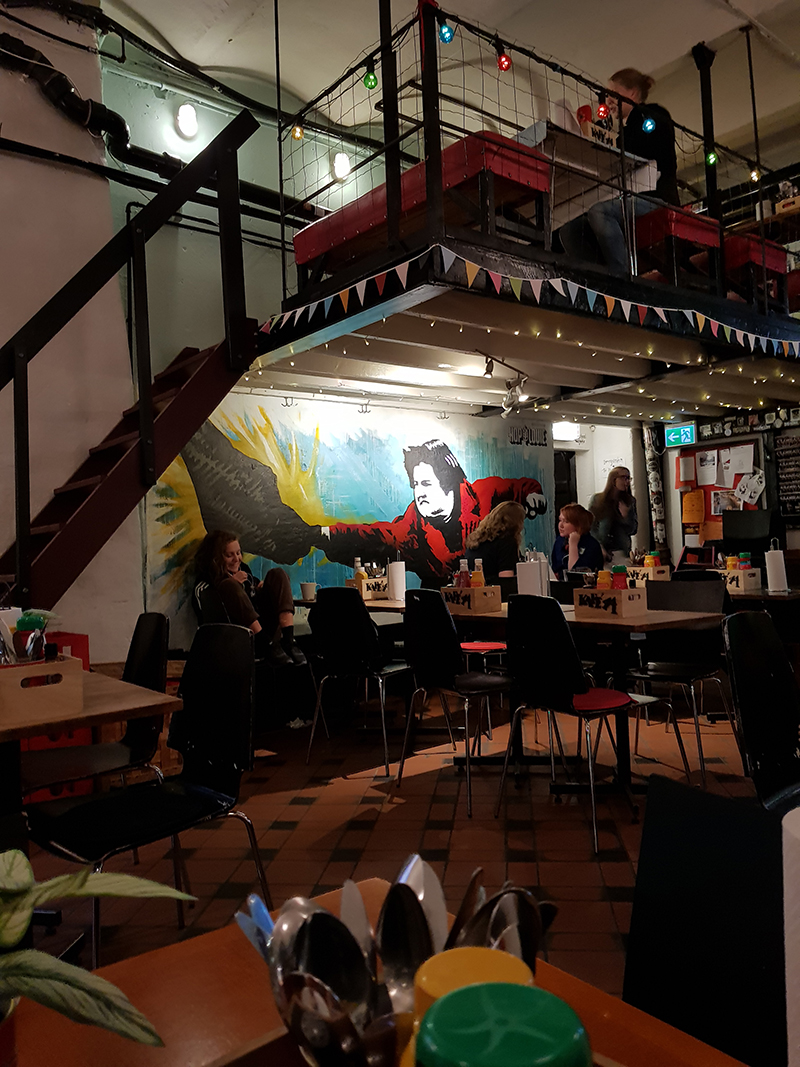 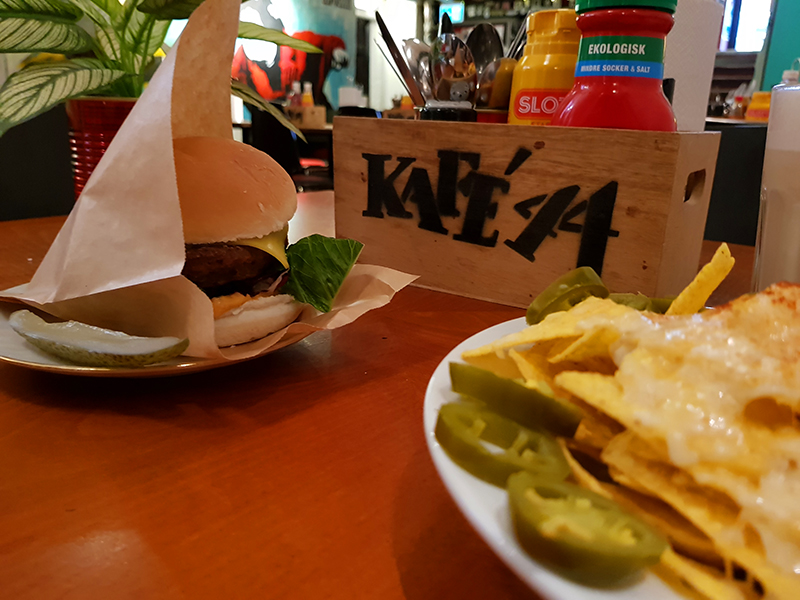 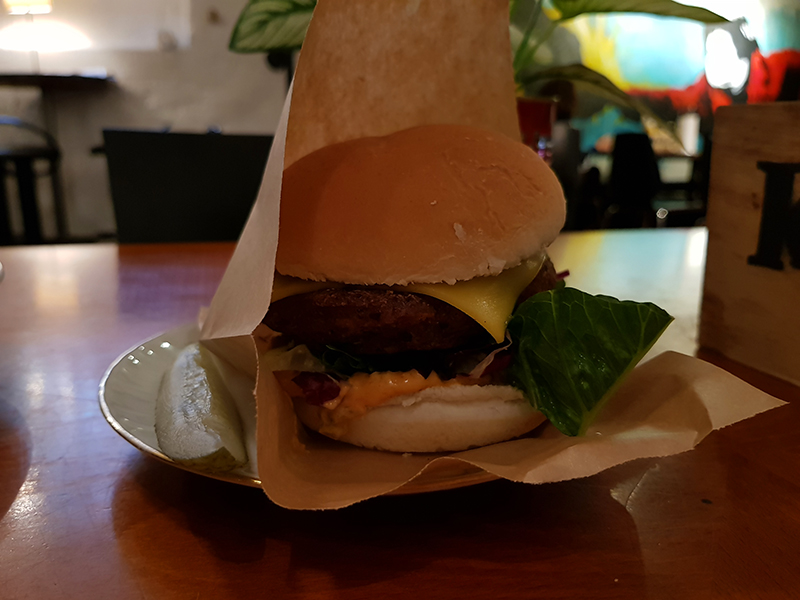 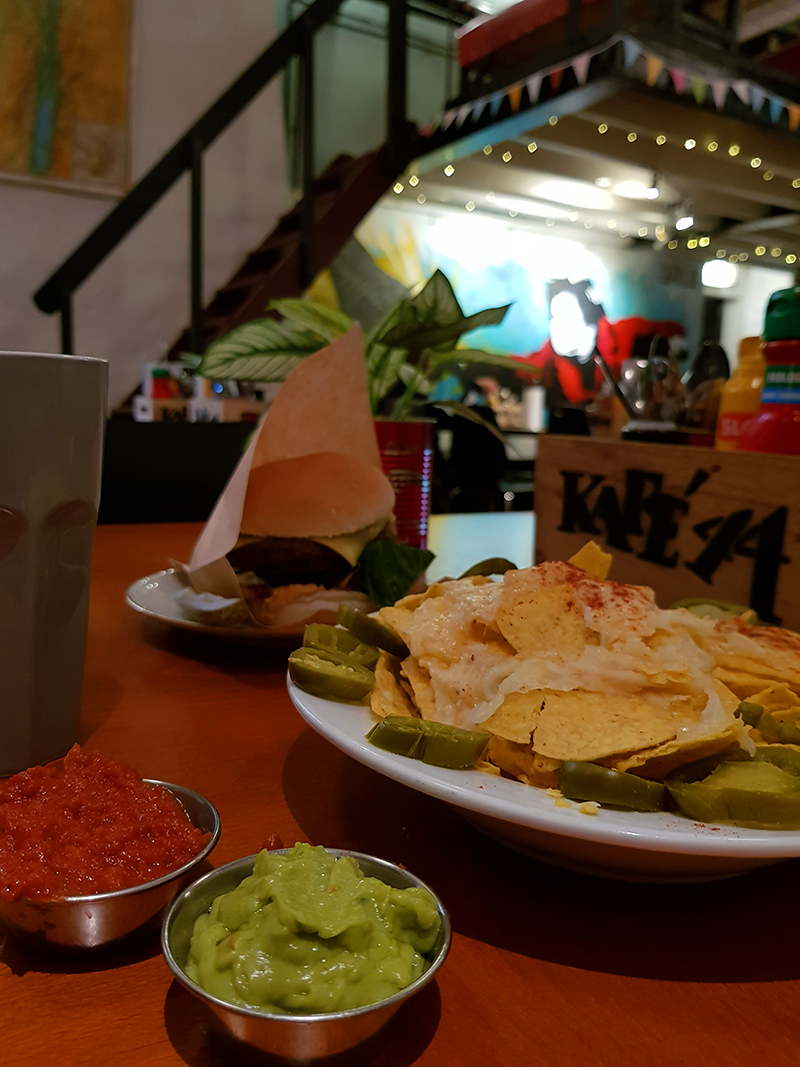 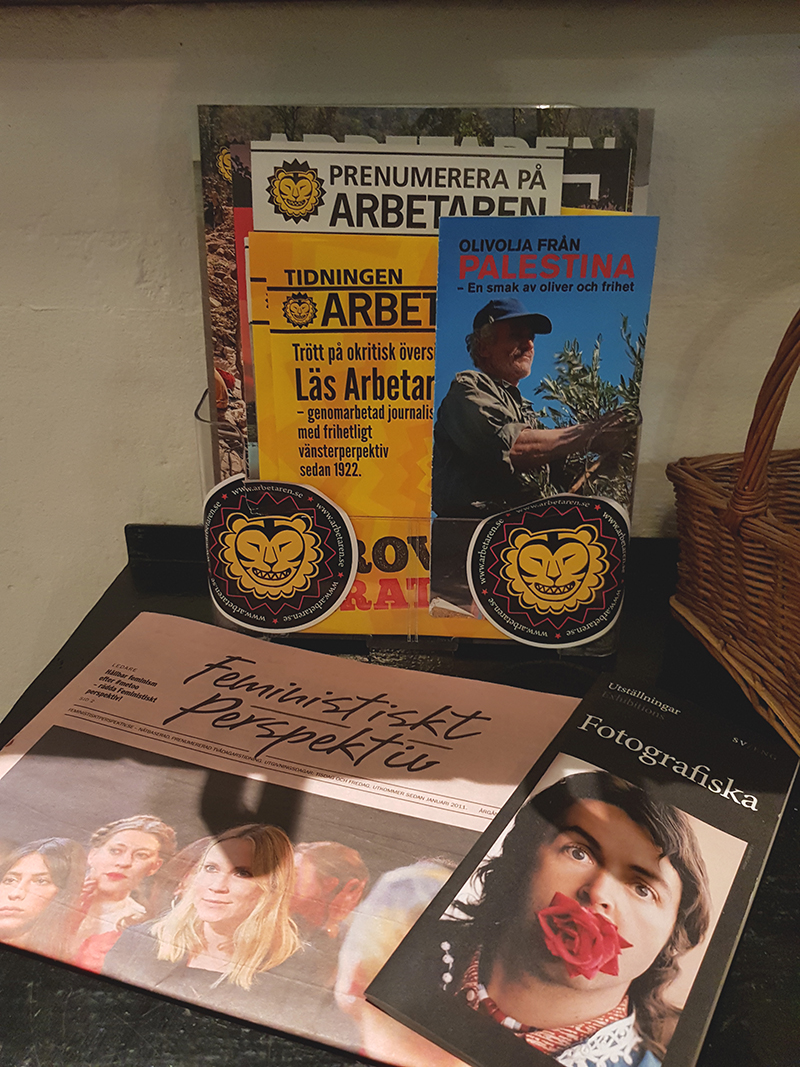 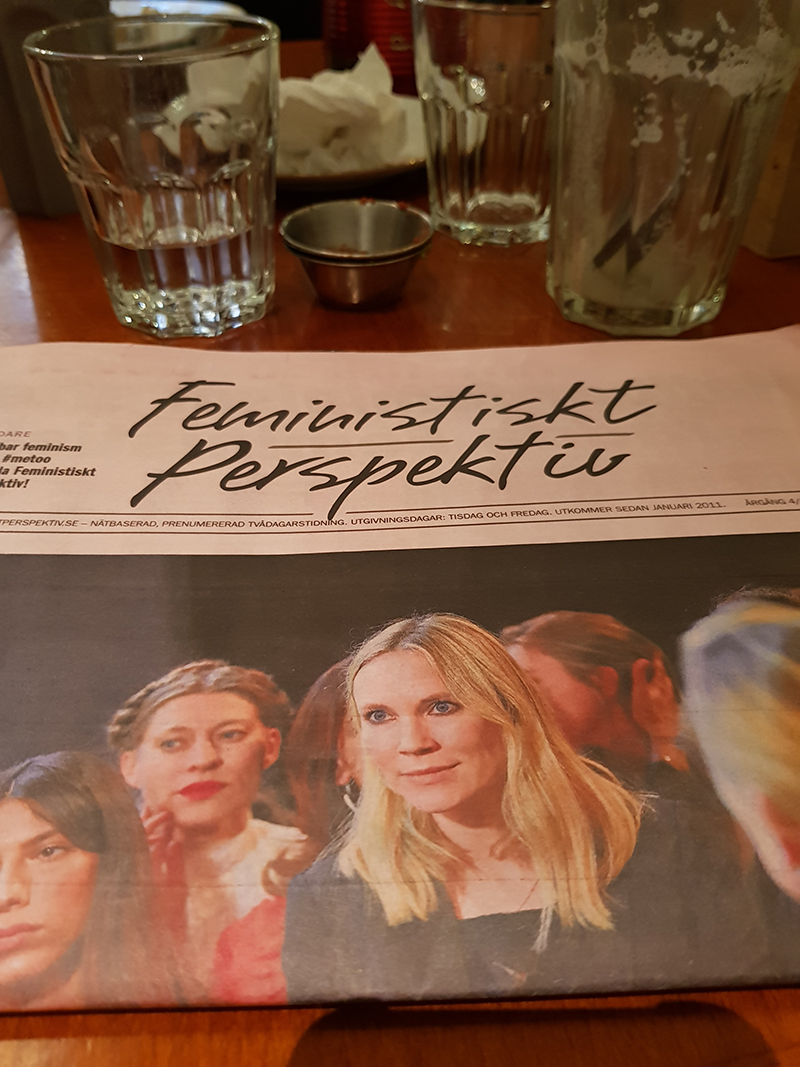 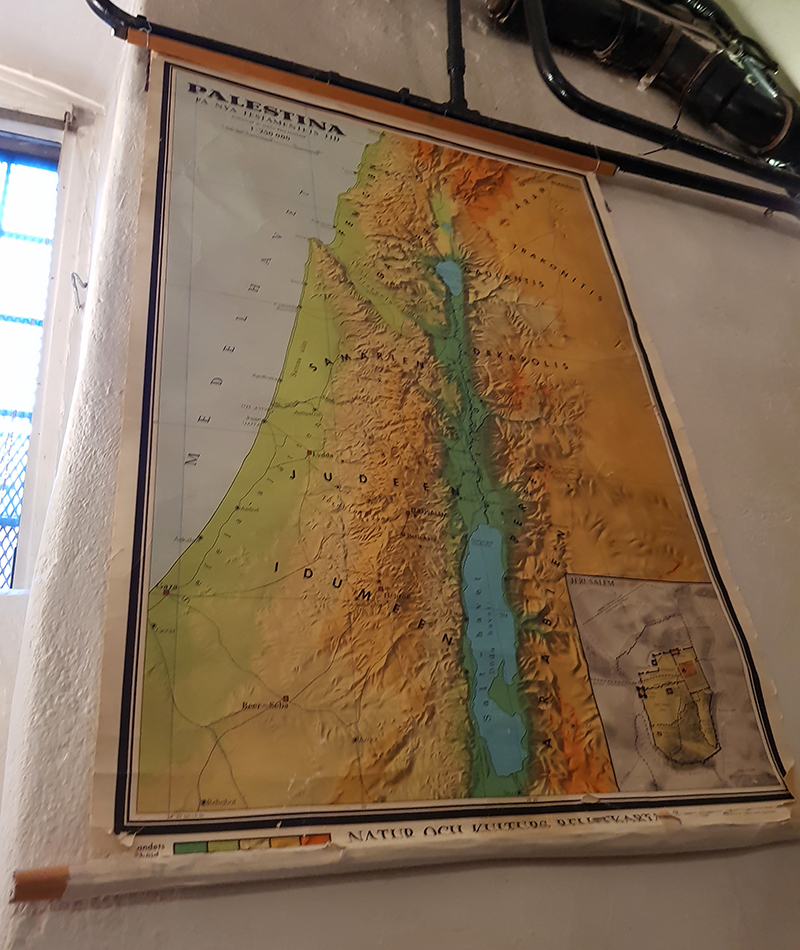 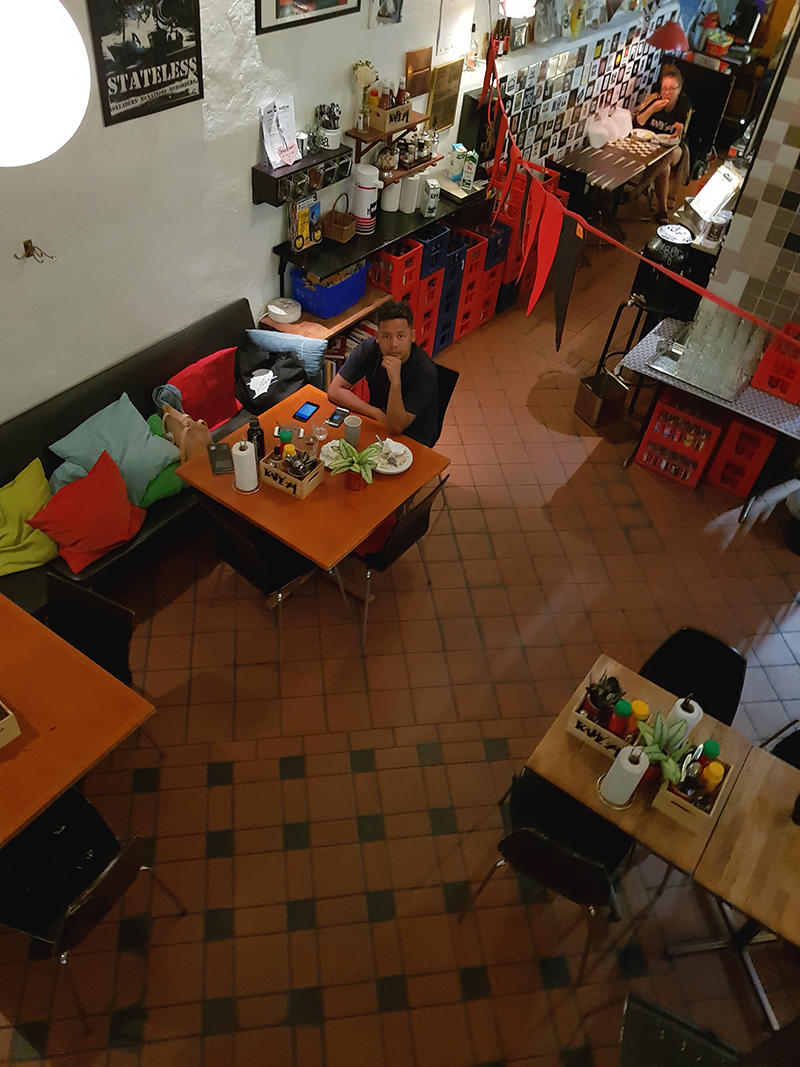 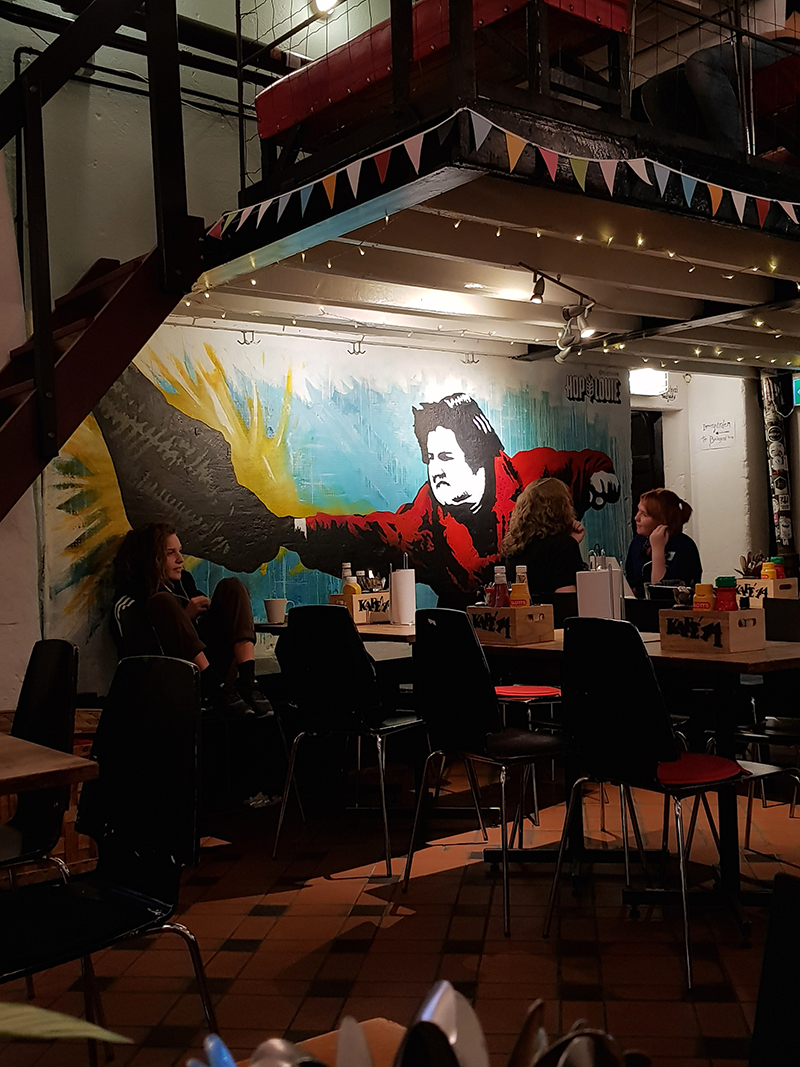 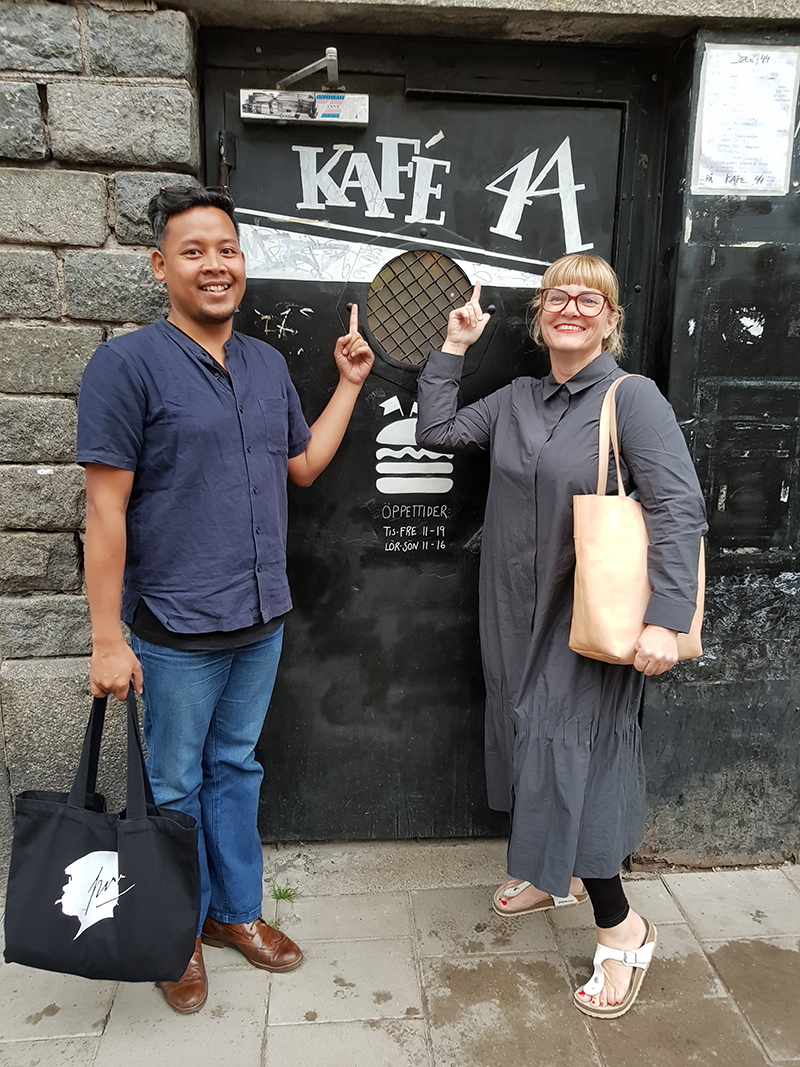 Stay tuned for more of our adventures in Stockholm, Sweden.

… we have a small favour to ask. More people are reading the Travel Junkie than ever but advertising revenues across the blog are falling fast. And unlike many news organisations, we haven’t put up a paywall – we want to keep our blogsm as open as we can. So you can see why we need to ask for your help. The Travel Junkie’s independent, travel blogsm takes a lot of time, money and hard work to produce. But we do it because we believe our perspective matters – because it might well be your perspective, too.

If everyone who reads our blog posting, who likes it, helps to support it, our future would be much more secure. For as little as $5, you can support The Travel Junkie – and it only takes a minute. Thank you.