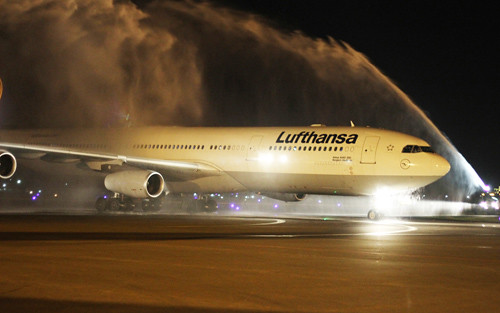 come to me scene.

Traveljunkieindonesia.com – Jakarta, 2 June 2014. Lufthansa has reopen its direct route from Jakarta to Frankfurt, after suspended its service since October 2012.  The route, first opened in 1967, will reconnect Indonesia and Germany in many aspects such as economy, social, cultural and technology in addition to tourism and business trip.

Started to open its service in Indonesia in 1967, Lufthansa has aware the Indonesia potential market.  In response with this new development, Lufthansa in June 1st 2014 has reopened its route by successfully conducting its first flight from Jakarta to Frankfurt.  In 2014, Lufthansa expects to serve 50.000 passengers mainly South East Asia.

The route reopening is expected to increase Indonesia tourism economy and strengthen cultural exchange between Indonesia with European countries.

“We have made huge investments in upgrading our products and services for our customers in Indonesia. From the very beginning of our new flight we will be offering our new Business Class product and seat on the route to Indonesia. Indonesia is the first market in the whole of Asia to receive our top product on all flights for business travellers as well as for leisure travellers”, says Mr. Leandro Tonidandel, Country Manager Indonesia of Lufthansa German Airlines. 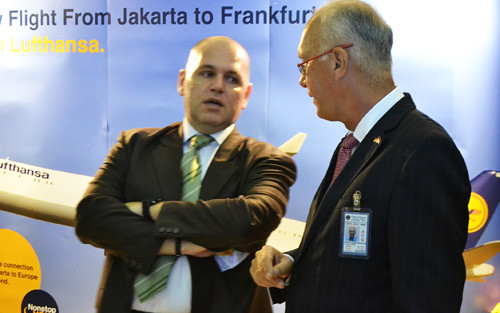 Mr. Leandro statement has reaffirmed Lufthansa position in providing a convenient and comfortable direct flight from Jakarta to Frankfurt with connection to more than 170 destinations in Europe.

The flight will be operated with an Airbus A340-300 with two-class configuration offering 42 seats in Lufthansa’s award winning new Business Class and 225 seats in Economy Class with five times weekly service from Jakarta to Europe via Malaysia’s capital Kuala Lumpur.

“We are delighted to be able to once again link Indonesia with Europe and beyond. Indonesia has always been a special market as we started operations to Indonesia in 1967”, said Mr. Leo Tonidandel, or usually be called Leo. 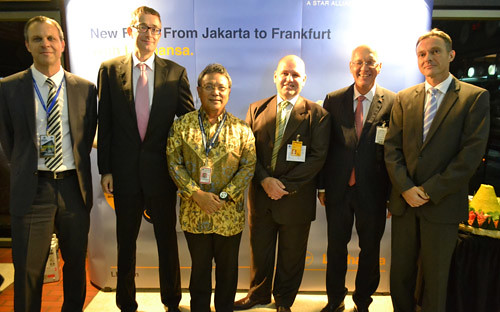 This route reopening provides travelers with various choices to connect with European destinations, including places that popular among Indonesian tourists.  Its fun and convenient for Indonesian tourist and vice versa.

Indonesia has rapid economic growth, that eventually becoming one of the busiest connections in Asia region.  We are delighted to provide a non-stop flight with better destination connection”, said Mr. Leo Tonidandel who is also a golf lover.

Beside the most connection choices in entire Europe, the Brazillian native who briefly assigned in South Korea added.  “Recently, we have received an honor from Skytrax as the most improved airlines worldwide. Lufthansa’s new terminal area, optimal flight and effective transfer time will connect Indonesia with entire Europe more effectively and conveniently”.  For further details please visit our website at www.lufthansa.com.