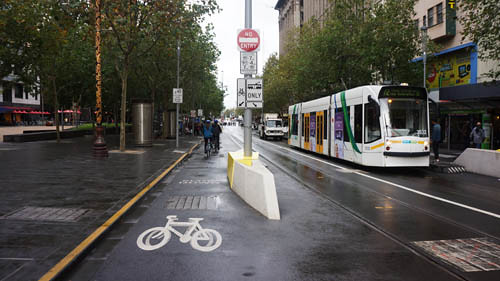 Traveljunkieindonesia.com – A few weeks ago, I joined a cycling group to do a Real Melbourne Bike Tours along the city!

We started at Vault Federation Whalf, riverside level below Federation Square, made our way up the atmosphere as you explore the bohemian backstreets, lively markets, cafes, hidden arcades, bike paths, bluestone laneways and then back down again.

THEN. The weather hit us. 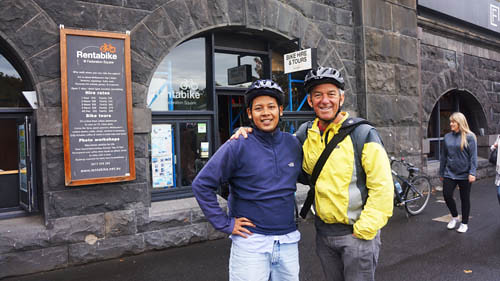 me and murray. | taken with Sony NEX-7 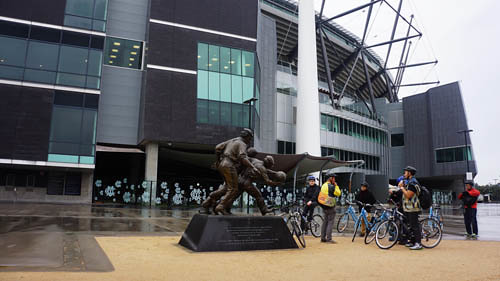 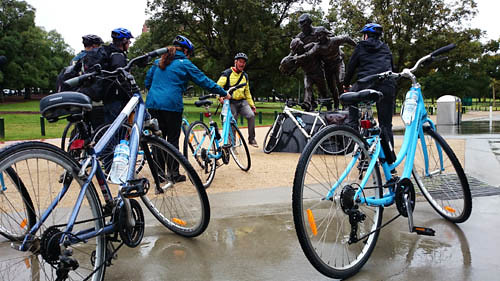 Look at the storms clouds rolling towards us! The wind was strong. The rain poured. It was soooo cold (9°C I think).

Riding INTO the wind was difficult. It was bloody hard work! I struggled.

My shoes were filled with water, my arms were shaking from the cold… and there was a moment where I thought to myself – Just cheer the hell up and enjoy the ride Junkie! 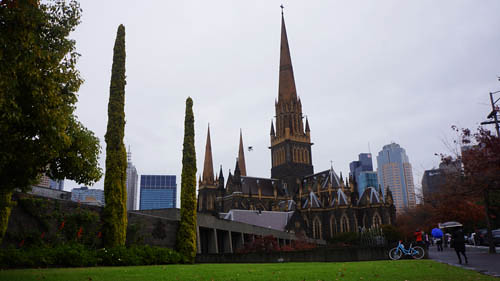 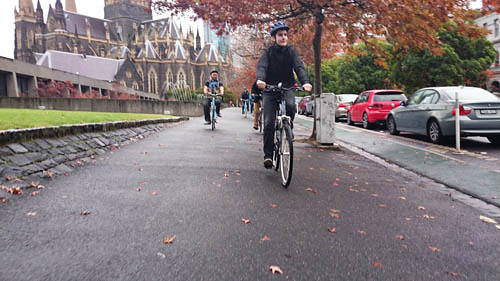 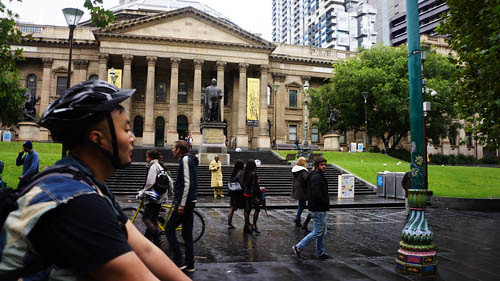 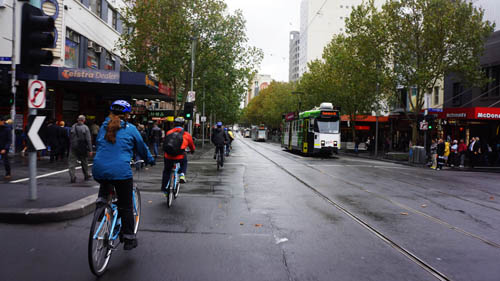 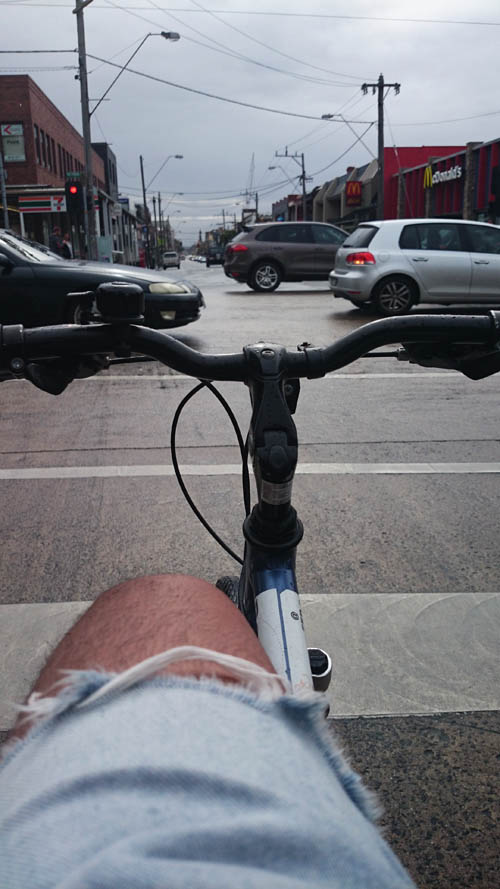 the bulu on the road. | taken with Sony Xperia Z1

Yep, we rode along the glorious view of the city. It was my first time doing this bike tour and I was super keen to do this ride – particularly because I’ve always wanted to ride all the way into the city!

The ride went off smoothly in the wet. And I had an AMAZING RIDE.

It was just bloody brilliant haha 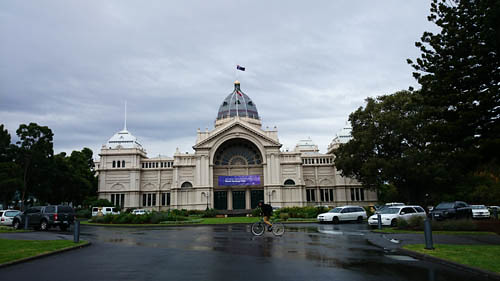 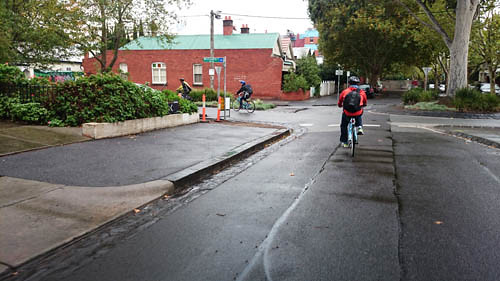 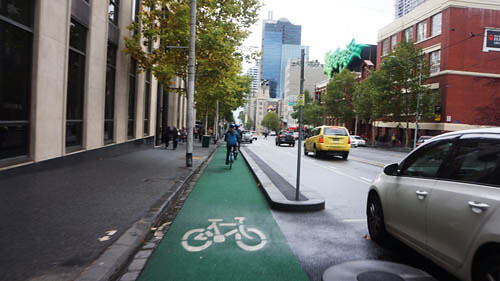 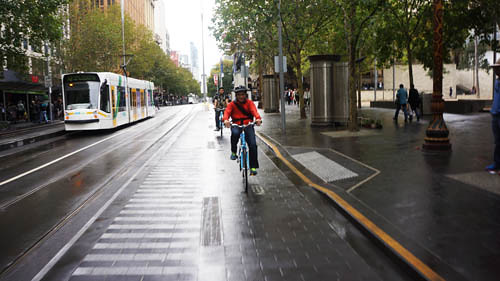 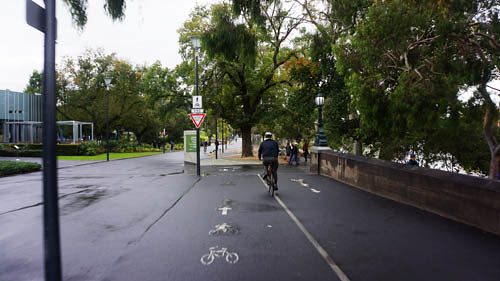 how to say goodbye. | taken with Sony NEX-7 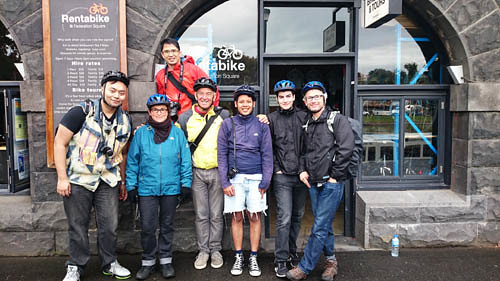 It was such a remarkable experience and bike tour. To be part of something so huge was just EPIC! I completely recommend it!

For more information about the tours, visit rentabike.net.au.

And I was so much more thankful for that.