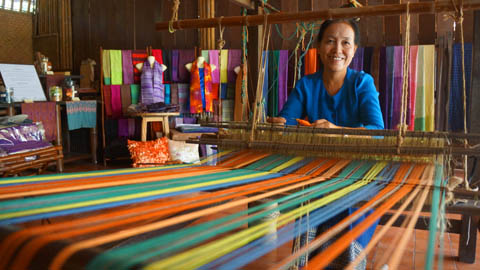 Ikat (n) — a term adopted from Indonesia word “menikat,” which means “to bind, tie or wrap around” – is known in Thai as “mud mii.”An ancient art found in many cultures, the process involves dyeing only certain segments of the yarn, achieved by first wrapping those parts that are to remain undyed.

Well, after careful measuring of the yarns to the exact width of the fabric, artisans are to tie off areas of pattern which are intended to resist the natural dyes that they use to color the rest of their weave.

Eight additional colors can be created by mixing three primary colors; red, blue and yellow, all very popular hues that have been traditionally used to color fabric with an over-dye technique. 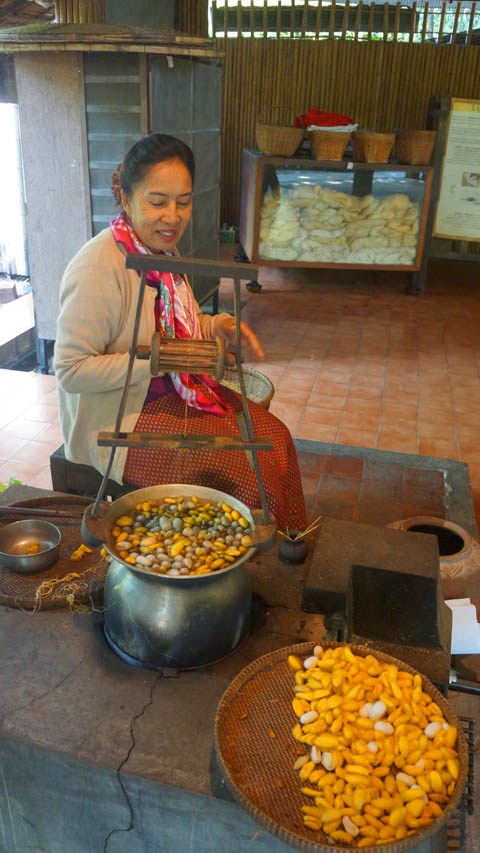 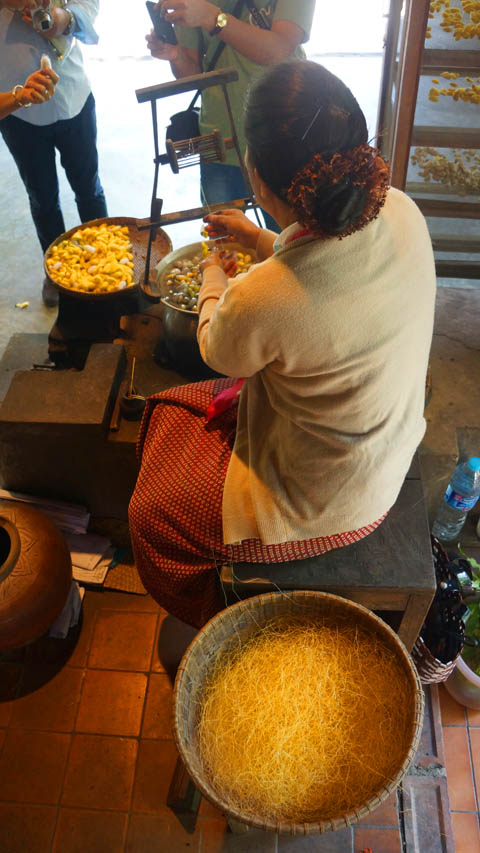 The natural dyes were made of materials that could be collected from the nearby forests, such as stick lac, indigo, jack-fruit wood, cumin root and jungle vine.

Some color materials were boiled with the silk in order to dye it, whereas others were used directly on the fibers in order to stick better.

After World War II, chemically dyed textiles made their appearance, and have remained a favorite until modern times, since the process of dying the fabric using chemicals doesn’t require quite as much time or effort.

The traditional weavers mentally planned their designs, without using any plans or drawings, sometimes using older textiles as reference. 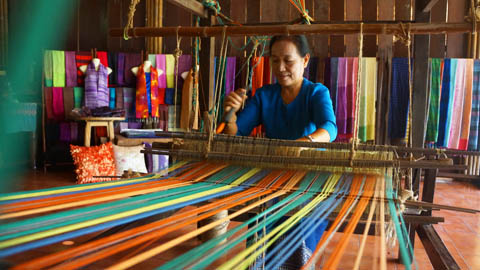 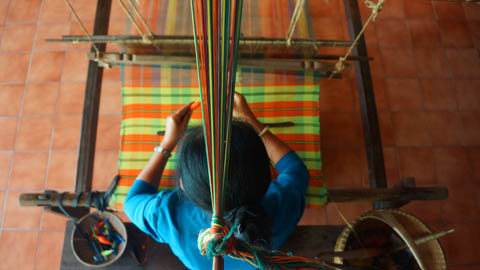 Nowadays the process remains the same, but, as mentioned before, the dyes are usually not natural.

I love LOVE the colour. It was absolutely delicious to wear…

It’s quite different for me.