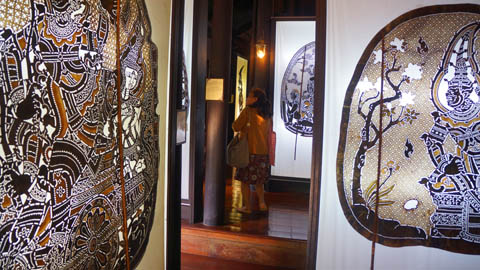 Thetraveljunkie.org – I’m a huge history and heritage buff. While I was in Ratchaburi, I visited Nang Yai Museum Wat Khanon.

The museum is situated at Wat Khanon temple, in Tambon Soi Fa, on the Mae Klong riverside, approximately 10kms, from Amphoe Photharam.

It is a typical Thai house with an exhibition about Nang Yai, its history, and process of making Nang Yai puppets.

There are 313 complete Nang Yai puppets and most of them are characters in the Ramayana include many show sets such as Hanoman Thawai Waen, Sahatsa Kuman, and Phao Krung Longka.

Nang Yai conservation at Wat Khanon is one of the six model communities awarded by the Asia Pacific Cultural Centre for UNESCO for its active role in preserving an intangible cultural heritage.

The performance set Suek Intharachit 1 is the royal project of Her Royal Highness Princess Maha Chakri Sirindhorn who realized the value of the performance and art of Nang Yai or grand shadow show which is approved to be a high-class work of art.

All Nang Yai figures are carved. The performance includes a grand traditional orchestra with the graceful movements of persons who operate the leather puppets along with the speeches of a narrator and singing by a singer.

Her Royal Highness Princess Maha Chakri Sirindhorn asked the temple to conserve the performance of the grand shadow show which was made up by Phrakhru Sattha Sunthon (Luangpu Klom), an ex-abbot of Wat Khanon in the reign of King Rama V.

The ex-abbot had excellent craftsmanship and at that time there were already a few Nang Yai figures at the temple, but he wanted to make larger ones.

Thus, he invited Khru Ang who used to play Khon with the Ratchaburi Governor’s troupe, Chang Chat and Chang Cha who were Ratchaburi people, and Chang Phuang who was a Ban Pong villager to join together to make the first set of puppets of the show named Hanoman Thawai Waen.

Later, they made up another nine sets. Those leather figures were valuable treasures of the temple built which were conserved from generation to generation.

Then, the temple built the museum and this is the only temple which has a show of its own. The complete puppets and the show troupe are under the patronage of the temple and the Nang Yai shadow show has been performed until now. 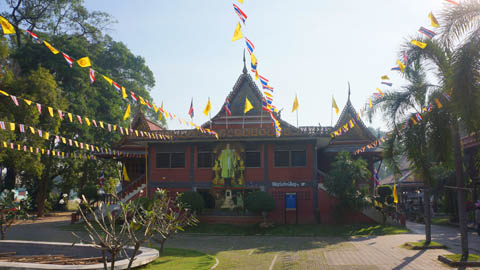 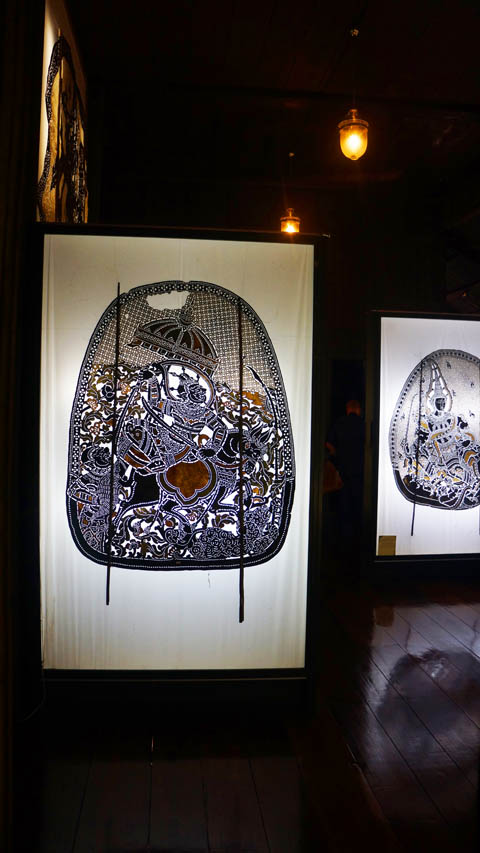 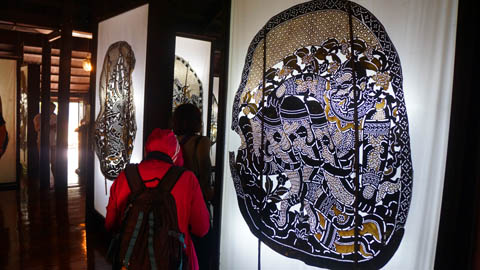 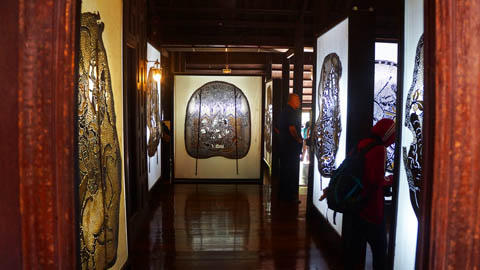 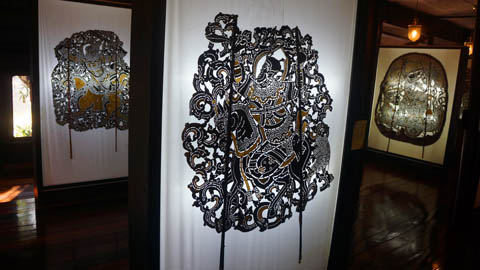 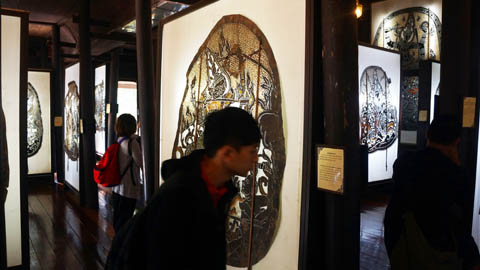 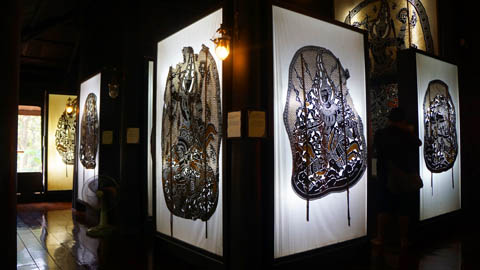 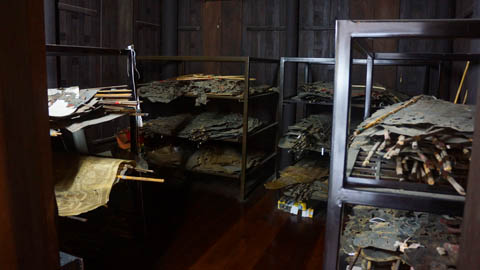 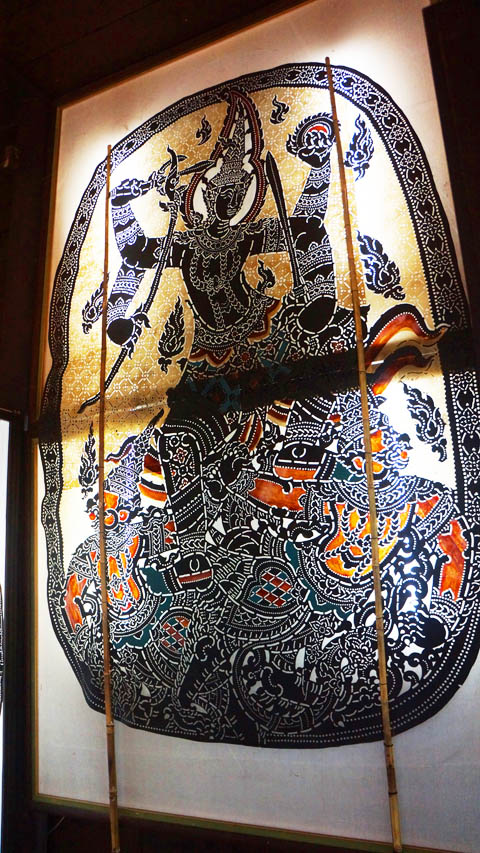 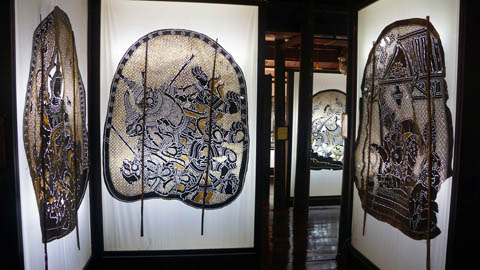 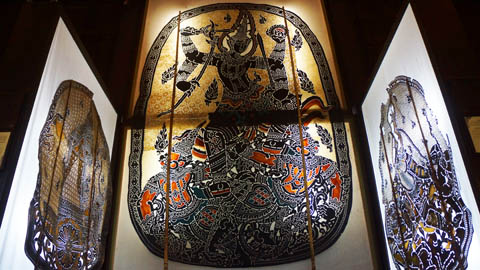 The museum opens daily at 8am – 5pm. The show is performed by students from Wat Khanon School only once a week on Saturday at 10-11am.

How to get there:
By car – Take highway 4 or Phetchakasem road, passing Nakhon Pathom to Amphoe Ban Pong, Ratchaburi. Then, turn right at Amphoe Bang Phae Intersection and drive along highway 3090 to get to Amphoe Photharam. Cross the bridge over the Mae Klong river and turn right into highway 3089. Go for about 3kms and see Wat Khanon on your right.

By bus – Take the bus Bangkok-Photharam from Southern Bus Terminal and get off at Photharam Bus Station. From there, take a Song Khanon or take a hired motorbike which takes about 5 minutes.

Overall I got a bit excited. I really enjoyed the beautiful of Nang Yai puppets. I was lucky to see it!

It was a journey into the ancient Thai world of heritage, histories and mystery.

I can see clearly now.

This Gympie Fire Station is a classic example of a